AUD
NAB Business Confidence
Précédent 18
Prévisions
Réel 15
The NAB monthly survey of business confidence is based on a telephone survey of around 600 small, medium and large size non-agricultural companies. The Survey measures the expectations of business conditions for the upcoming month and is a simple average of trading, profitability and employment indices, reported by respondents for their company. The indices are calculated by taking the difference between the percentage of respondents nominating good or very good, or a rise and those nominating poor or very poor, or a fall.

CNY
Balance of Trade
Précédent $103.25B
Prévisions $52.05B
Réel $13.8B
Since 1995, China has been recording consistent trade surpluses which from 2004 to 2009 has increased 10 times. In 2019, China posted a trade surplus of USD 421.9 billion, the biggest since 2016, as exports increased 0.5 percent and imports fell 2.7 percent on weak domestic demand and trade tensions with the US. The biggest trade surpluses were recorded with the US, Hong Kong, the EU - in particular the Netherlands, the UK, Poland, Spain, Italy and Belgium - India, Vietnam, the Philippines, Singapore, the UAE, Pakistan, Turkey and Indonesia. The largest deficits were recorded with Taiwan, Australia, South Korea, Brazil, Saudi Arabia, Japan, Germany, Switzerland, Malaysia, Oman, Chile and Russia.

CNY
Imports YoY
Précédent 22.2%
Prévisions 23.3%
Réel 38.1%
In 2019 imports to China fell 2.7 percent, the first yearly decline in three years, on weak domestic demand and persistent trade tensions with the US. Machinery and transport equipment accounted for 38 percent of total imports on the back of electrical machinery, apparatus and appliances (21 percent), road vehicles (4 percent), telecommunications and sound recording and reproducing apparatus and equipment (3 percent), and office machines and automatic data processing machines (3 percent). Other important categories were: mineral fuels, lubricants and related materials (17 percent) led by petroleum, petroleum products and related materials (13 percent) and gas, natural and manufactured (3 percent); crude materials, inedible, except fuels (14 percent), such as metalliferous ores and metal scrap (9 percent); chemicals and related products (11 percent) due to organic chemicals (3 percent) and plastics in primary forms (3 percent); miscellaneous manufactured articles (7 percent); manufactured goods classified chiefly by material (7 percent); and food and live animals (4 percent). The biggest source of imports was the EU (13 percent of imports) of which Germany (5 percent) and France (2 percent), followed by South Korea, Taiwan, Japan (8 percent each), the US and Australia (6 percent each), Brazil (4 percent), Malaysia, Vietnam, Russia and Saudi Arabia (3 percent each), and Thailand, Singapore and Indonesia (2 percent each).

EUR
Wholesale Prices MoM
Précédent 1.4%
Prévisions
Réel 1.7%
The index of wholesale prices measures the development of prices of goods sold by wholesalers within Germany to the extent that such sales are included under wholesale, such as contracts concluded with resellers, processors or other bulk purchasers. This may refer to goods produced in Germany or to imported goods. Excluded are sales from producers direct to retailers or final consumers.

GBP
GDP YoY
Précédent -8.5%
Prévisions -8.3%
Réel -7.8%
GDP measures the value of goods and services produced in the UK. The reading refers to a year-on-year growth rate.

GBP
Balance of Trade
Précédent £-3.4B
Prévisions
Réel £-7.1B
The UK's trade balance has been in deficit since 1998, due to deficits in trade in goods which are partly offset by surpluses in trade in services. The level of total UK trade in goods as a proportion of total trade in goods and services has been gradually declining since 1986 after peaking at 75 percent in 1985. This is consistent with the rising share of UK trade in services (35 percent of total trade in 2017). In 2017, the biggest goods deficits were recorded with Germany, China, the Netherlands, Norway, Belgium & Luxembourg and Italy; and the largest surpluses were recorded with the United States, Ireland and South Korea.

GBP
GDP 3-Month Avg
Précédent -1.4%
Prévisions -1.9%
Réel -1.6%
GDP measures the value of goods and services produced in the UK. The reading refers to a three-month growth rate, which is a better indicator of the underlying growth in GDP as the monthly figure is likely to be more volatile. In this sense, the monthly release can be thought of as a monthly update on three months’ worth of data on the economy, rather than a figure representing the economy in just one month. Rolling three-month data is calculated by comparing growth in a three-month period with growth in the previous three-month period, for example growth in March to May compared with the previous December to February.

EUR
Wholesale Prices YoY
Précédent 2.3%
Prévisions
Réel 4.4%
The index of wholesale prices measures the development of prices of goods sold by wholesalers within Germany to the extent that such sales are included under wholesale, such as contracts concluded with resellers, processors or other bulk purchasers. This may refer to goods produced in Germany or to imported goods. Excluded are sales from producers direct to retailers or final consumers.

GBP
Construction Output YoY
Précédent -6.5%
Prévisions -1.9%
Réel -4.3%
In the United Kingdom, construction output measures the yearly change in the amount charged by construction companies to customers for value of work. The value is based on the sample of 8,000 businesses, employing over 100 people or with an annual turnover of more than £60 million. Construction estimates are a component of GDP from the production approach, contributing approximately 6.4% of GDP.

TRY
Retail Sales MoM
Précédent 0.6%
Prévisions
Réel 3.4%
In Turkey, the Retail sales report provides an aggregated measure of sales of retail goods and services over a specific time period. In Turkey, Retail sales are seasonal, volatile and relatively important to the overall economy.

TRY
Retail Sales YoY
Précédent 2.6%
Prévisions
Réel 4.6%
In Turkey, the year-over-year change in Retail sales compares the aggregated sales of retail goods and services during a certain month to the same month a year ago. 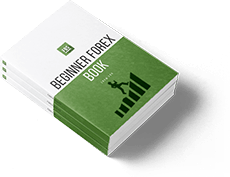